Veruca Salt is one the four main antagonists of Roald Dahl's 1964 book Charlie and the Chocolate Factory and it subsequent adaptations. She is the daughter of peanut factory owner Mr. Angino Salt, and Mrs. Mary May Salt. and the second finder of Willy Wonka's golden tickets, allowing her entry into his factory. In the 1971 film and the 2010 opera, Veruca functioned as the primary antagonist of the five children.

Veruca Salt is the spoiled and pampered daughter of the Salts, her father of whom is the owner of a successful peanut factory. Having been spoiled by her parents and her high status, Veruca has become immensely arrogant and self-centered. She browbeats her father into giving into her every demands.

When Willy Wonka, the owner of a chocolate factory which had shut down, unexpectedly reveals he will be hosting a tour of his factory and has sent out five Golden Tickets to determine the winners, Veruca demands to be given one. To cater to his daughter's demands, Mr. Salt demands his worker's "shell" thousands of Wonka bars until one of them finds a Golden Ticket. Veruca becomes the second Golden Ticket winner, and is thus allowed entry into his factory, along with the poor Charlie Bucket, the gluttonous Augustus Gloop, the competitive gum-chewer Violet Beauregarde, and the TV-obsessed Mike Teavee.

Veruca is the third child to meet her downfall when she tours Wonka's Nut Room, where she takes a liking to Wonka's trained, nut-sorting squirrels. When Wonka refuses to give her one, Veruca enters the Nut Room and attempts to steal one, but is ambushed and overpowered by the squirrels, who then dispose of her in the garbage chute leading to the incinerator. Her parents join her shortly afterwards.

Veruca and her parents survives the ordeal and leaves the factory alive, albeit humiliated and covered in garbage.

Veruca appears in the 1971 film, portrayed by actress Julie Dawn Cole. Veruca is shown as one of the older and more prominent children to show up at Wonka's factory, as well as one of the more bratty.

Veruca berates and intimidates her father into finding her a Golden Ticket so she can go to Willy Wonka's factory. When she does get the ticket, she is approached by a man named Mr. Slugsworth, who asks that she get him an Everlasting Gobstopper in exchange for whatever she wants. At the factory, Veruca introduces herself to the factory owner, as well as meeting the other ticket winners. Veruca and Violet antagonize each other throughout the tour, shoving each other and insulting one another. Veruca also briefly tries to convince Charlie that Wonka is "bonkers", though he retorts that that's not a bad thing. Veruca, along with the other ticket winners, are given an Everlasting Gobstopper. However, when Wonka tells them to promise not to show it to anyone, Veruca crosses her fingers behind her back.

Veruca meets her end when she enters Wonka's Golden Egg Room and demands a golden goose from Wonka. When Wonka refuses, Veruca throws a tantrum and trashes the Egg Room before plummeting down the Eggdicator, having been deemed a 'bad egg'. Her father joins her soon afterwards. Wonka reassures the remaining guests that Veruca and her father will be okay, and presumably become more wiser from the experience.

Veruca appears in the 2005 film directed by Tim Burton, portrayed by Julia Winter.

Veruca appears in the 2017 film voiced by Emily O'Brien. 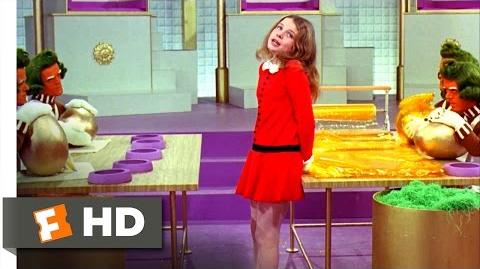 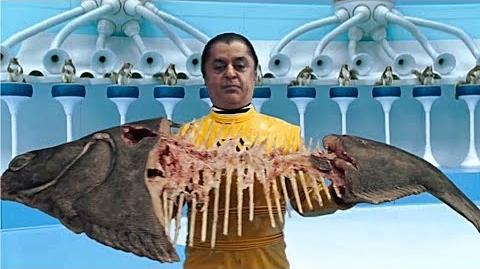 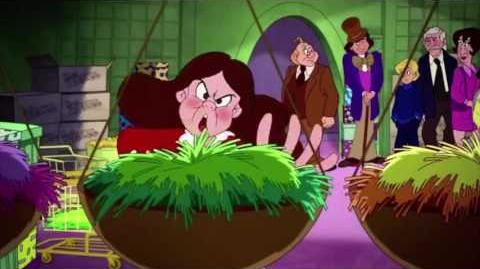 Tom and Jerry in Willy Wonka and the Chocolate Factory - I Want It Now
Community content is available under CC-BY-SA unless otherwise noted.
Advertisement