Antagonists Wiki
Register
Don't have an account?
Sign In
Advertisement
in: Sociopaths, Pure Evil, Destroyer of Innocence,
and 32 more

Tomie Kawarami is the main antagonist and also the protagonist of Tomie's film and manga franchises.

Tomie's origins still remain a mystery, although the series implies that Tomie's date is from 1860 in modern times. In the first edition of the manga, a young woman named Reiko claimed to be friends with Tomie. In the manga chapter, Tomie claims to have been born in France and that his grandfather knew of Picasso something that could be supported by his many lovers. Tomie is also noted by other characters as being a pathological liar and that could be due to her self-perception as royalty, and thus leaving her powers a mystery.

In addition to the manga, the original of 20 chapters, which was from 1987 to 2000, which was collected in 3 volumes in 2001, it also had several OVA's, as well as an animation and an action movie.

Tomie is presented to be a incarnation of all seven deadly sins being pride, envy, greedy and anger. It is also self-destructing but due to its regeneration factor it survives anything. She is also a seductive sociopath who manipulates men and finds them interchangeadle and dumb and tends to belittle women unless she gets in the way or can be used to their advantage. She is also totally narcissistic and arrogant and has a very certain opinion of herself, she is also not very used to rejection.

Tomie is a beatiful young brunette with black hair. Although on the cover of the manga volume she is shown to be a redhead. 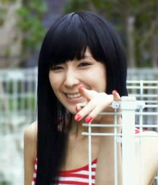 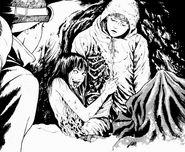 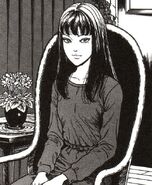 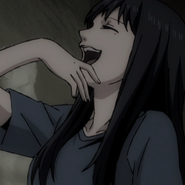