Antagonists Wiki
Register
Don't have an account?
Sign In
Advertisement
in: Antagonists by Personality, Obsessed, Tragic,
and 3 more

Antagonists who are motivated (at least partially) by envy. They are normally portrayed as jealous rivals and envious of something the Hero/Protagonist possess that they lack, be it a physical possession or something abstract such as success, popularity, love, wealth, power or something else entirely. Envy is a common motivation for antagonists even to the point of obsession. It is also, fittingly, one of the Seven Deadly Sins, and is in fact considered to be second only to Pride in severity.

On the other hand, Envious antagonists can also be Tragic Antagonists in that they are people who genuinely have very little or constantly fail at there goals, all the while being forced to spend their lives constantly confronted by others wealth and success. 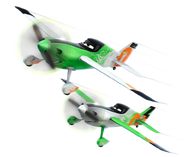