Captain Hardrock is an akumatized villain in Miraculous: Tales of Ladybug and Cat Noir and the akumatized form of Anarka Couffaine.

Captain Hardrock has long red hair that is spiked upwards and golden eyes. The upper half of her face is covered with a black mark edged with dark red and she wears a black bandana with a white spiky-haired skull on the front, along with gold circular earrings.

She wears a bodysuit that is red from the collar to the chest and black from the chest, the color separation looking like flames. The suit includes three yellow buttons vertically on the lower body, three golden spikes horizontally over each knee, and a golden patch above each hip. She has two black belts, one going around the body diagonally and the other wrapped around the waist, that have golden buckles. Over her suit, she wears a black captain jacket with golden inner lining, golden spikes on the shoulders, golden edges, and golden buckles on the sides. Black fingerless gloves with golden edges around the upper holes cover her arms up to her elbows. Her knee-high boots that end below the knees are black and red in a flame-like pattern with black soles, golden heels, black inner lining, and black stripes with golden spikes above the ankles.

For a weapon, she carries a cutlass with a black handle, three thin red stripes on and near the pommel, and a blade with jagged black edges that goes from red at the handle to white at the tip.

As Captain Hardrock, her desire for freedom increases to the point where she wants to blast her music across Paris and ruin the other concerts so that she'll be the only one heard. Which also includes that her houseboat can only obey her when she says an order. When the passengers of her ship refuse to play music for her, she gets mad and imprisons them. She also doesn't consider herself as her kids' mom anymore and has no remorse in taking them prisoner when they refuse to obey her.

Her houseboat, the Liberty, has become a seemingly indestructible living ship that can fire chains on command to ensnare Captain Hardrock's foes, as well as blast lasers, and it's cannons fire cannonball-shaped speakers which seem to act as white noise machines. The compass also points to whatever direction Captain Hardrock orders.

For a weapon, she has a microphone which doubles as a laser cutlass and can also turn into a spyglass. 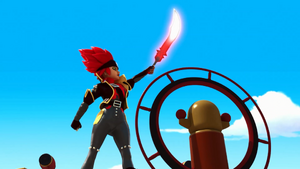 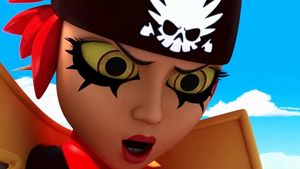 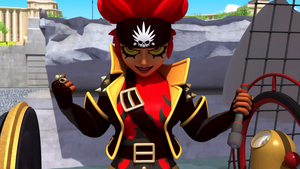 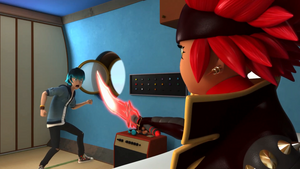 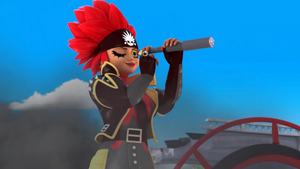 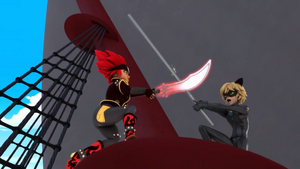 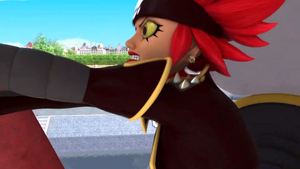 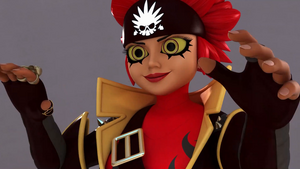 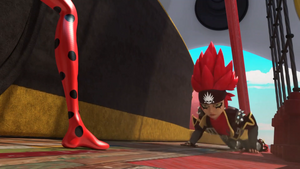 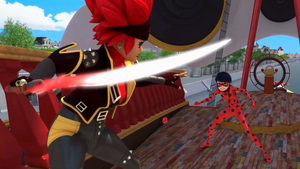 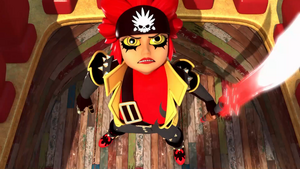 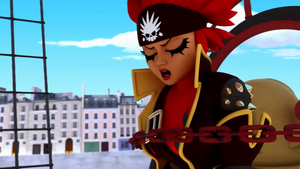 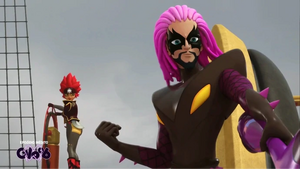